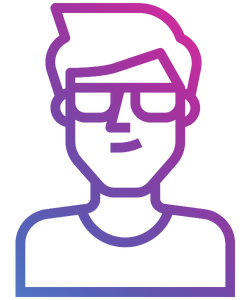 What To Know When Hiring An Electrician
1 December 2022

What Are The Key Reasons To Switch To Underground Electrical Services?
15 November 2022

Keeping an eye out for potential electrical problems is always important, and that's especially true in commercial locations. You need to know what problems to monitor, though, so you can have a commercial electrician intervene as soon as possible. Businesses should stay on top of these four possible concerns.

Especially with the advent of modern LED lighting systems, bulbs should not burn out all the time. If you have to revisit the same spots in a building to replace bulbs regularly, there's a high chance something isn't right with the electrical system. There could be problems with specific fixtures if the problems only happen in one or two locations. The wiring could also be an issue. The system could also be experiencing overloads, and you might need a commercial electrical contractor to test the lines and determine how to bring the load down.

A breaker tripping every now and then is no big deal, and it largely represents the components doing their job. However, constantly throwing the breakers is a sign that a business is trying to pull more juice than the system can supply. You may need to invest in upgrades. The solution may be as simple as putting in higher-capacity breakers, but it could also involve redoing the electrical panels to support greater capacity. In extreme cases, a commercial electrician may have to work with the electric company to run more power into the building.

Flickers arise from numerous causes, and they can take some time to diagnose. Issues limited to specific areas may be due to fixtures failing. Broader problems with flickering lights may arise from wiring or design problems. Capacity can be an issue, too, and it often manifests as draw-downs in lighting when certain high-power systems, such as HVAC units or heavy machines, activate.

Notably, capacity issues often sneak up on growing businesses. If the rate of occurrence of problems like flickering or dimming lights has slowly increased as you've added users and equipment, the building may need electrical upgrades.

Anything sparking is bad news. If you see sparks in any location, it's a good idea to cut the breakers to the affected rooms immediately. The potential culprits range from overloads to damaged wiring. Failing to address the issue could be a fire risk. Contact a commercial electrical contractor and ask them to diagnose the problem.